History of Paper Money in Canada

When Canada was first colonized, settlers exclusively used coins and valuables for bartering. It wasn’t until 1813-1815 that paper money was issued in the country. These notes came from the British Army and were brought about due to a shortage of coins during the War of 1812.
Banknotes were later issued by various banks, starting with the Bank of Montreal in 1817. Interestingly, many of these early notes were denominated in both shillings/pounds and Canadian dollars. There were numerous early notes including denominations of $1, $2, $3, $4, $5, $10, $20, $25, $40, $50, $100, $500, $750 and $1,000. The colonial governments began issuing dollar-denominated paper money around the 1840s. Following Confederation, the national government continued this. Although they never reached public circulation, some special notes issued during this time had denominations of up to $50,000! These were used by banks for money transfers.
Starting in 1935, the Bank of Canada started issuing the nation’s official paper money. This included 10 denominations ranging from $1 to $1,000. However, today, only the $5, $10, $20, $50 and $100 notes remain in use.

The Joy of Collecting Paper Notes

Paper money offers collectors different points of interest than coins. One of the main advantages of paper notes is the opportunity for designs. They can have colourful and complex styles that are not possible on coinage. Furthermore, anti-counterfeiting measures embedded into banknote designs tell a fascinating story of the evolution of money.
As with coins, paper money typically becomes valuable due to rarity. This often goes hand in hand with age, but the rarest and most valuable notes are almost always limited series.
Explore the choices in our collection. You will find many interesting designs helping to tell the story of Canada.

Check out these notable series in our catalog:

The 1935 series was the first issuing of paper money by the Bank of Canada. In addition to the banknotes for normal circulation, this series included a $25 commemorative note. There are English and French sets of this series.

Prompted by the death of George V and the subsequent currency redesign, the Bank of Canada began issuing bilingual notes. These were the first to include both French and English on them. 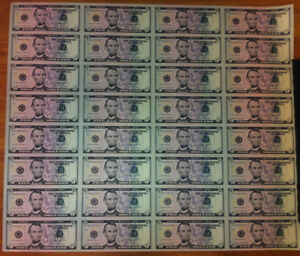 During the early 1950s, the Bank of Canada had artist Charles Comfort create a new set of banknotes. These were all distinct from each other, featuring eight different images of Canadian landscapes. The series includes a commemorative $1 banknote and $1, $2, $5, $10, $20, $50, $100 and $1,000 denominations.

Between 1969 and 1979, the Bank of Canada issued a series of notes depicting scenes from Canada. Perhaps the most notable characteristic of them is their multicoloured design. This beautiful series was created to thwart counterfeiters.

The Birds of Canada series was the first to include a metallic patch that helped prevent photocopying. Each banknote in the series featured different birds from the nation. This was chosen to be politically neutral and simple. This series should be of great interest to anyone who enjoys the history of banknote security.

Starting just after the turn of the millennium, these notes included many technical advancements including new security features and special tactile designs to be more accessible to visually impaired people. The designs show fascinating scenes of Canadian culture and history.

Most recently, the Bank of Canada has been using polymer money. This major step forward allows for new technologies in anti-counterfeiting. These are noteworthy for their technical advancements.

Explore the full collection of paper money at Colonial Acres Coins. Alternatively, take a look at some of our Canadian coins. We have options for every collection. Whether you are an avid collector or a hobbyist just getting started, we have something you’ll love.
Read our blog about Taking A Closer Look At Canadian Paper Money From 1935.