Here is what they examined: all of the existing audio tapes of the famed “Ev and Charlie” and “Ev and Jerry” shows, newspaper clippings in the Dirksen Papers, about 12,500 pages of Dirksen’s own speech notes, transcripts of his speeches and media appearances, transcripts of Republican leadership press conferences, and Dirksen’s statements on the Senate floor as documented in the Congressional Record.
Although Dirksen rarely prepared the text of a speech, preferring to rely on notes, he would jot down a few words to remind him of a particular turn of phrase. For example, in referring to the public debt or excessive government spending, Dirksen would write the word “pothole” to remind him to tell the following story, on this occasion in reference to the debt ceiling:
“As I think of this bill, and the fact that the more progress we make the deeper we go into the hole, I am reminded of a group of men who were working on a street. They had dug quite a number of holes. When they got through, they failed to puddle or tamp the earth when it was returned to the hole, and they had a nice little mound, which was quite a traffic hazard.
“Not knowing what to do with it, they sat down on the curb and had a conference. After a while, one of the fellows snapped his fingers and said, ‘I have it. I know how we will get rid of that overriding earth and remove the hazard. We will just dig the hole deeper.’” [Congressional Record, June 16, 1965, p. 13884].
On the same occasion, Dirksen relied on yet another “spending” story, one he labeled “cat in the well”:
“One time in the House of Representatives [a colleague] told me a story about a proposition that a teacher put to a boy. He said, ‘Johnny, a cat fell in a well 100 feet deep. Suppose that cat climbed up 1 foot and then fell back 2 feet. How long would it take the cat to get out of the well?’
“Johnny worked assiduously with his slate and slate pencil for quite a while, and then when the teacher came down and said, ‘How are you getting along?’ Johnny said, ‘Teacher, if you give me another slate and a couple of slate pencils, I am pretty sure that in the next 30 minutes I can land that cat in hell.’
“If some people get any cheer out of a $328 billion debt ceiling, I do not find much to cheer about concerning it.” [Congressional Record, June 16, 1965, p. 13884].
But there are no such reminders for the “A billion here, a billion there . . . “ tag line as there surely should have been given Dirksen’s note-making tendencies. He spoke often and passionately about the debt ceiling, federal spending, and the growth of government. Yet there is no authoritative reference to the “billion” phrase.

Are You Talking About Me

The chief evidence in support of Dirksen making the statement comes from people who claim to have heard him. The Library of Congress, for example, cites someone’s personal observation on the campaign trail as evidence. The Dirksen Center has received calls from people who heard Dirksen say those words, some even providing the date of the event. But cross-checking that information with the records has, so far, turned up nothing in the way of confirmation.
The closest documented statement came at a joint Senate-House Republican leadership press conference on March 8, 1962, when Dirksen said, “The favorite sum of money is $1 billion – a billion a year for a fatter federal payroll, a billion here, a billion there.” [EMD Papers, Republican Congressional Leadership File, f. 25] But the “and pretty soon you’re talking real money” is missing.
In another close call, the New York Times, January 23, 1961, quoted Dirksen: “Look at education – two-and-one-half billion – a billion for this, a billion for that, a billion for something else. Three to five billion for public works. You haven’t got any budget balance left. You’ll be deeply in the red.” [Cited in Byron Hulsey’s “Everett Dirksen and the Modern Presidents,” Ph.D. dissertation (May 1998, University of Texas, p. 226]
Of course, the Dirksen Papers do not document completely the late Senator’s comments. For example, The Center that bears his name does not have his testimony before committees. Their collection of Congressional Records ends in 1965, omitting the last four years of Dirksen’s life and career – he might have employed the phrase only late, although witnesses claim he said it throughout his career. Dirksen’s campaign speeches tended not to produce transcripts, only sketchy notes or abbreviated newspaper accounts. Dirksen also held center stage before the video age, meaning that many remarks, particularly those in campaigns, escaped capture.
Bottom line: the late Senate Minority Leader certainly would have endorsed the meaning behind the phrase, but it is questionable that he ever coined it.
Update, May 25, 2004. A gentleman who called The Center with a reference question relayed that he sat by Dirksen on a flight once and asked him about the famous quote. Dirksen replied, “Oh, I never said that. A newspaper fella misquoted me once, and I thought it sounded so go that I never bothered to deny it.”
Update, January 15, 2009. We received a call from someone in Pennsylvania who recalled a very clear, even emphatic memory of Senator Dirksen uttering this famous phrase on the “Johnny Carson Show.” This is the second person who shared such a recollection. Unfortunately, a Google search failed to turn up confirmation—apparently the “official” Web site for the “Tonight Show” has video beginning only in 1969—Dirksen died in September of that year.
23 June 1917, Idaho Daily Statesman, “Trillion On Deck,” pg. 4, col. 1:
Congress never appropriates less than a thousand of them (millions—ed.) for any military activity, a billion here, a billion there until billions are getting common.
Google Books
There is One Way Out
By Lewis Williams Douglas
Published by The Atlantic Monthly Company
1935
Pg. 21:
The nonchalant, careless, jovial sloshing of a billion dollars here and a billion dollars there has become so commonplace a part of the daily news that…
10 January 1938, New York (NY) Times, “Topics of The Times,” pg. 16:
Well, now, about this new budget. It’s a billion here and a billion there, and by and by it begins to mount up into money.
Google Books
Round Table: Transcripts 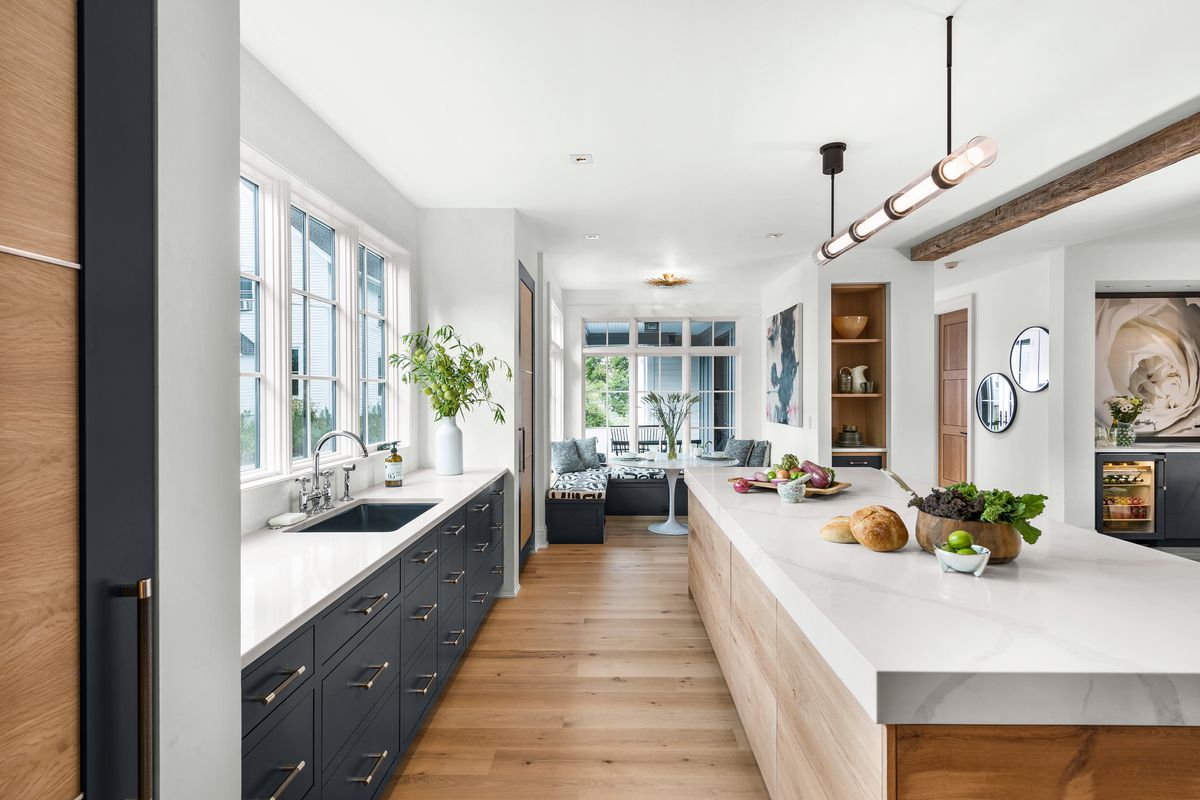 14 August 1964, Dallas (TX) Morning News, section 1 (comics/cartoons), “Strictly Business” by McFeatters, pg. 14:
“It’s not difficult to become wealthy, Argyle—save a million here, a million there. It soon ads (sic) up!”
6 September 1967, Los Angeles (CA) Times, “Farmers Market” by Dirk Kidson, pt. 1, pg. 4, col. 1 ad:
LIKE the line about two senators talking. One said, “You spend a billion here, a billion there and the first thing you know it adds up.”
Google Books
Federal-State-Local Fiscal Relationships:
Papers and Discussions
By Clement Lowell Harriss, Tax Institute of America
Published by Tax Institute of America
1968
“Symposium conducted by the Tax Institute of America, November 29-30--December 1, 1967.”
Pg. 246:
... only a billion dollars a year — but as one congressman once told me, “You know, sometimes I think we just appropriate a billion here and a billion there, but before I know it, it adds up to a lot of money.”
Google Books
Beyond Coexistence: The Requirements of Peace
By Edward Reed, Center for the Study of Democratic Institutions
Published by Grossman
1968
Pg. 219:
As someone once said, a billion here and a billion there runs into money.
26 August 1975, New York (NY) Times, “Horatius at the Bridges” by William Safire, pg. 33:
As Everett Dirksen used to say of Federal budgets, “A billion here, a billion there, pretty soon it begins to add up to real money.”
Florida Antique Tackle Collectors News, Volume 22 (2008), pg. 20:

I was reminded of the elder statesman from Illinois, Senator Everett Dirksen (back then, we actually had some politicians who were statesmen, but no more). Senator Dirksen was arguing about the cost of a particular bill on the Senate floor. In his unmistakable deep voice that was gravelly and yet smooth at the same time, Senator Dirksen argued, “a billion dollars here, and a billion dollars there, and pretty soon, we’re talking serious money!” I seem to recall that Johnny Carson got some mileage out of a parody of the Senator’s comments on one of his Tonight Show monologues.
The True Facts

Whoa! How many zeros did you say?

by Joe Walther on Sun 01 Jun 2008 01:16 PM EDT
Terrorism isn’t the worst danger we face in this country. It isn’t even close, either. And, while the war in Iraq is a serious problem for us, it isn’t the most urgent. Let me explain.
As a nation, we waste money in quantities that most people can’t imagine. We’ve become so desensitized in terms of government spending that the terms “billion” and “trillion” no longer mean anything.
The numbers are so massive that average citizens, having no real concept of just how big they are, simply shrug at the thought of such expenditures. They may even chuckle a bit whenever people issue those “Golden Fleece” awards over stupid spending.
The late Republican Senator Everett Dirksen (he died in 1969 at the age of 73) used to crack his famous joke about the way the United States Congress deals with spending issues.
“You know,” he’d joke, “a billion here and a billion there and pretty soon we’re into some serious money.”
I remember Johnny Carson’s audience cracking up big time over it. And, that was back in the day when everyone considered a MILLION dollars a lot of money.< />
Posted by Barry Popik
New York City •Government/Law/Politics/Military/ Religion • Thursday, January 22, 2009 •Permalink

In the mid-60s, I was a reporter in the Senate Press Gallery (first for the Griffin-Larrabee News Bureau, then with the Boston Globe). Though I have to admit I could have been convinced it was a “million” rather than “billion,” I did heard Dirksen utter an approximation of this quote. Every Thursday, after a luncheon meeting of the Republican Caucus, he would come to the Gallery and, as I recall, sit on a table in front of the big mirror (opposite the Gallery’s entrance to the Chamber) and take questions. He definitely said this once at one of those meetings. I took it as original to that day, but now I guess he may have been repeating an old saw. If I had to peg the year, I would guess ‘67.

Now You Re Talking

I see Henry just linked to his bloggingheads exchange with Dan “the blogger” Drezner about the end of capitalism as we know it, and such minor political twiddles. I was just about to link to it for him (I thought maybe he was being modest.) Good stuff. I’m John Holbo and I endorse this podcast.

One quick note. Round about minute 21 Drezner remarks that “the $64,000 question is going to be: which bureaucracies are put in charge of these crises?” Funny choice of figurative figures. What is it really? The 640 billion dollar question? 6.4 trillion? (I’d link to that spot in the diavlog but, honestly, the site loads so damn slow for me. I recommend downloading the mp3 or getting it through iTunes or wherever.)