Oh my Money Monster. Right now my monster isn’t so much a monster as it is a little hatchling. Its got baby teeth that haven’t even started to loosen yet and still falls down every once in a while when it attempts to walk. Even though its a long road of development I’ve got big plans for my Money Monster. In fact, here is the money monster I’m hoping to build.

Monster: Directed by Patty Jenkins. With Charlize Theron, Christina Ricci, Bruce Dern, Lee Tergesen. Based on the life of Aileen Wuornos, a Daytona Beach prostitute who became a serial killer. In addition to Monster, there have been several films and television programs about Aileen Wuornos. Nick Broomfield directed two documentaries, Aileen Wuornos: The Selling of a Serial Killer (1992) and Aileen: Life and Death of a Serial Killer (2003).

You see it all started when I heard from somewhere that if you have your own Money Monster, take care of it like you would a child, it could grow up to an adult and actually make more money than I do.

Over time I realized how great of a life this would be. If my Money Monster started bringing in some income maybe my wife and I wouldn’t have to work so much. Since I’m new to this whole “grow your own money monster” thing I’ve been asking myself some questions as of late. Here is what I’ve asked and what I’ve learned.

What do I need to feed my money monster?

This dang thing needs money. Cold hard cash. Sucks right? I can’t go out and buy myself all the fancy things I want. I’ve got to gather as much money as I can each month and give it to my monster. The fortunate thing is that, if I train my monster right, it’ll take my money and start making money of its own. It won’t be much at first but, hey, money is money!

How do they grow?

Ok this part isn’t any fun either. It takes time and patience. Every dollar I can give to my money monster or every dollar it makes that I can give right back the better off I”ll be. Realistically its going to take several years or a decade before it starts creating anything to write home about.

How does the money monster make money?

This may be the trickiest part of them all because EVERYONE thinks they know best. The best I can come up with is that there are three broad buckets.

Bucket #1: Assets. While a whole host of things could fall in this bucket the one that is most realistic in my future is rental properties.

Bucket #2: Stocks & Bonds. This one is pretty appealing. Really doesn’t take much of my time. Bad news though, everyone thinks they have the best way to do it.

Bucket 3: My own business. Yay! That seems like fun but businesses take time and effort. 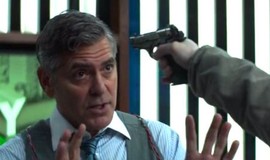 Where is my money monster right now?

Every month I’m feeding as much money as I can to my money monster. In some broad strokes it looks like about $550 into my HSA, $925 into retirement accounts, and anywhere from $250-$1000 into taxable accounts depending on the month. On average this is around $600 or so. This means I’m feeding my money monster about $2k per month.

That sounds like a big number. But believe me. Its taken a lot of hard work in my career, on our budget, and on our big purchases (house & car) over the last 7 years to get to that point. I’ve got so much more room to increase this!

My future plans for my money monster is to basically sit in cash for a little bit. I know I know, its not the most optimal solution. It’s important I find something I feel comfortable with before I’ll just throw all my money at it.

I can’t go around building a rental empire without taking into account the amount of time its going to take away from an already busy life. I also don’t feel comfortable throwing it in an index fund and just letting the wildly emotional market do its thing. Side note: I do have all retirements invested in vanguard index funds but I dont need that money for 35-40 years. I may need my taxable money in the next 10-15.

Anywho, as I do the research and think through the different scenarios on what to do with this money I’ll be sure to keep you in the loop. After all I’m writing this blog somewhat for me but also for you.