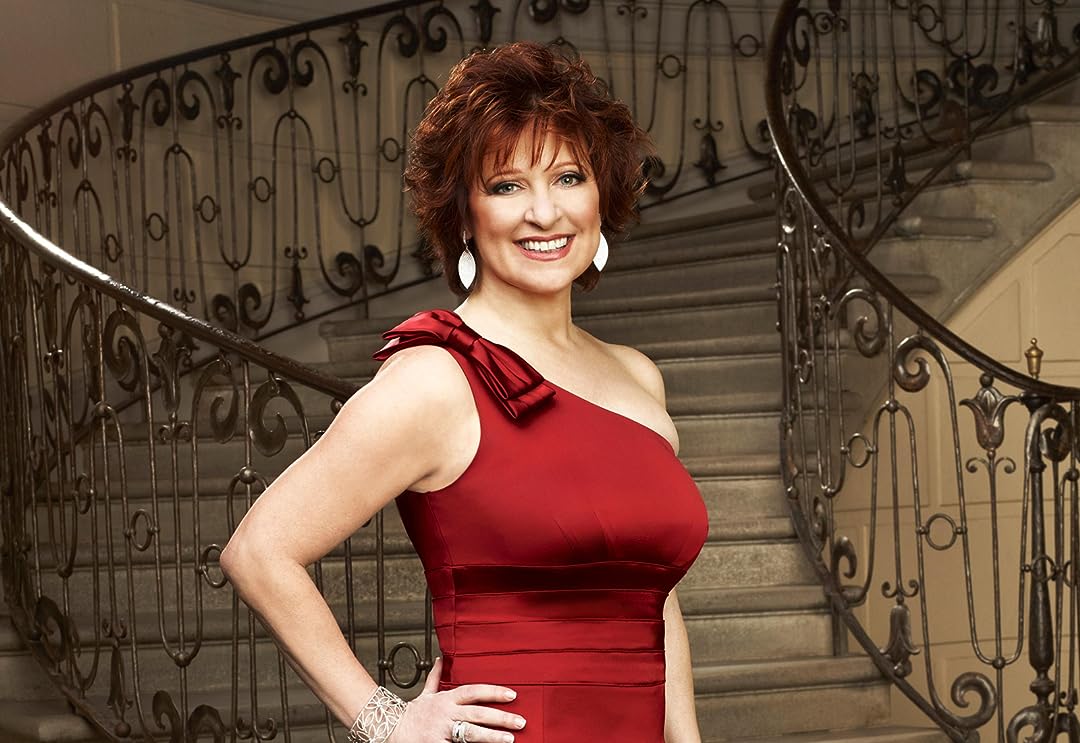 Few people are going to cry for The Real Housewives of Beverly Hills star Kim Richards any time soon — at least not when it comes to the state of her finances. Considering how the 50-year-old former child actress and model is a reality show darling simply because she has money to burn and lives a lavish lifestyle, one would assume she can leave Real Housewivesand not return for the sixth season, which is reportedly the plan, focus on her sobriety, and live out the rest of her days on an island she purchases with her RHOBH paycheck. But the reality of her money situation is a lot of different than some might imagine. Although tons of people would still trade their net worth with Kim Richards's in a heartbeat, she isn't so ridiculously wealthy that she can afford to kick back and do nada.

There's a bit of a discrepancy when it comes to how much Kim is actually worth: BornRich.com claims her net worth is $2 million, while CelebrityNetWorth.com shaves that amount down to a measly $500,000. Either way, I'm going to argue that both of these numbers are peanuts when you compare them to what fellow Beverly Hills socialites are worth.

Look no further than Kim's 45-year-old sister, Kyle, whose net worth is $30 million according to CelebrityNetWorth. Kyle, who has appeared on the show since the first season and is married to luxury real estate agent Mauricio Umansky, reportedly makes a cool $270,000 per episode (though rumor has it that might come to an end soon as producers decide whether they want to continue on with the Richards sisters on the show).

But let's get back to Kim. Her salary per Real Housewives season is a lot less than Kyle's: reportedly just $100,000, and that's before taxes are deducted. She started earning her keep early on in life by appearing in television programs and films in the 1970s and '80s. She snagged her first role at age 6, as Prudence Everett in Nanny and the Professor, and got a lot of work after that, appearing in shows like Diff'rent Strokes, Alice, The Love Boat, The Dukes of Hazzard, Little House on the Prairie, and more. She was also the original Vanessa Hudgens, having appeared in Disney's Witch Mountain movies in the '70s (think High School Musical, but without high school, songs, and ridiculously cute people dancing all over the place).

Point is: she worked for her money. And then, of course, she married and divorced well. When she was just 20, she tied the knot with first husband G. Monty Brinson, a supermarket heir, got divorced, and then married Gregg Davis, the son of an oil tycoon worth a reported $5.8 billion. After their divorce, Davis agreed to give Kim $23,000 a month in support, according to All About the Tea — a check the site reports she'll continue to get in the mail unless she gets remarried.

But Kim, who has four children, also has a great number of expenses, which have to be kept in mind when we're talking about how far a million dollars can get you these days. There's her posh home and all of the furnishings needed to keep it looking in tip-top shape. Her gardening bill alone must be through the roof. Then there are all of her designer clothes and exotic vacations.

Organic food. Plastic surgery and cosmetic procedures. The cost to attend the gazillion events she is invited to each month — the social experiences that ensure she remains part of an exclusive circle.

Again, not shedding a tear for her over here when it comes to money, but I can't help but wonder whether she is going to need to find another source of income quickly in order to keep up her lifestyle if the rumors she's leaving the show are true.