Is your money real or counterfeit? Here are some quick ways to test it. Take out your wallet now and check your money just in case. Use this simple test to ensure a diamond is real. Find a normal sized drinking glass and fill it ¾ of the way with water. Carefully drop the loose stone into the glass. If the gemstone sinks, it’s a real diamond. If it floats underneath or at the surface of the water, you have a fake on your hands.

There are simple ways to tell whether a paper or polymer banknote is real or fake. We run through the things to look out for on £10, £20 and £50 notes.

Polymer £5 and £10 notes have completely replaced paper notes since 2018, while this year has seen the release of polymer £20 notes into circulation.

All notes will be polymer by the end of 2021, when the Bank of England expects to have issued a £50 polymer note.

But with paper notes still in circulation and polymer notes having additional safety features to make them harder to counterfeit, what should you be looking out for to spot if your money is fake?

First, let's look at how to spot a fake paper banknote. If you're specifically interested in spotting fake plastic notes, scroll straight to point eight.

These are printed on a special material, so make sure you check how the paper feels.

A genuine banknote has a cloth-like feel, while a fake note will feel more like standard paper.

Run your finger across the paper note and if it’s genuine, you should be able to feel the raised print on areas such as the words ‘Bank of England’ on the front.

If it’s a counterfeit, the note is unlikely to have a textured feel to it and will feel flat all over.

A metallic thread is embedded in every paper banknote.

This appears as silver dashes on the back of paper £20 and £50 notes (see more information on spotting fake paper £20 notes on this Bank of England page).

The thread is woven through the paper – not just printed on – so when you hold it up to the light it should appear as a continuous dark line.

This appears as bright green dashes on the front of £50 notes.

Each dash is actually a window which contains images of the '£' symbol and the number '50'. When the note is tilted from side to side, the images move up and down.

When the note is tilted up and down, the images move from side to side and the number '50' and '£' symbol swap places.

If you hold a genuine note up to the light, you should see an image of the Queen’s portrait.

However, if you can still see the watermark when the note is flat and not held up to the light, it's likely to be a dodgy note.

The printed lines and colours on genuine notes will be detailed and sharp and free from smudges or blurred edges. So make sure you check the detail carefully.

If the quality is poor or messy, you’ve got yourself a fake!

This isn’t so handy if you’ve just been given a banknote in a shop, but if you’re really determined to find out whether your note is fake or genuine, put it under ultra-violet light.

If it's the real deal, its value will appear in bright red and green numbers while the background will be dull in contrast.

How To Tell If Money's Really

The paper £20 and £50 notes also have bright red and green flecks randomly spread over the front and back of the note.

7. Use a magnifying glass

Use a magnifying glass to look closely at the lettering beneath the Queen’s portrait. On a genuine note, decorative swirls spell out the value of the note in small letters and numerals. In 2016, the first polymer notes began hitting our streets – much to the delight of collectors.

The plastic notes are designed to be harder to counterfeit, although that hasn't stopped criminals from trying.

Below are some of the best ways to check whether your £5 Winston Churchill banknote is genuine: 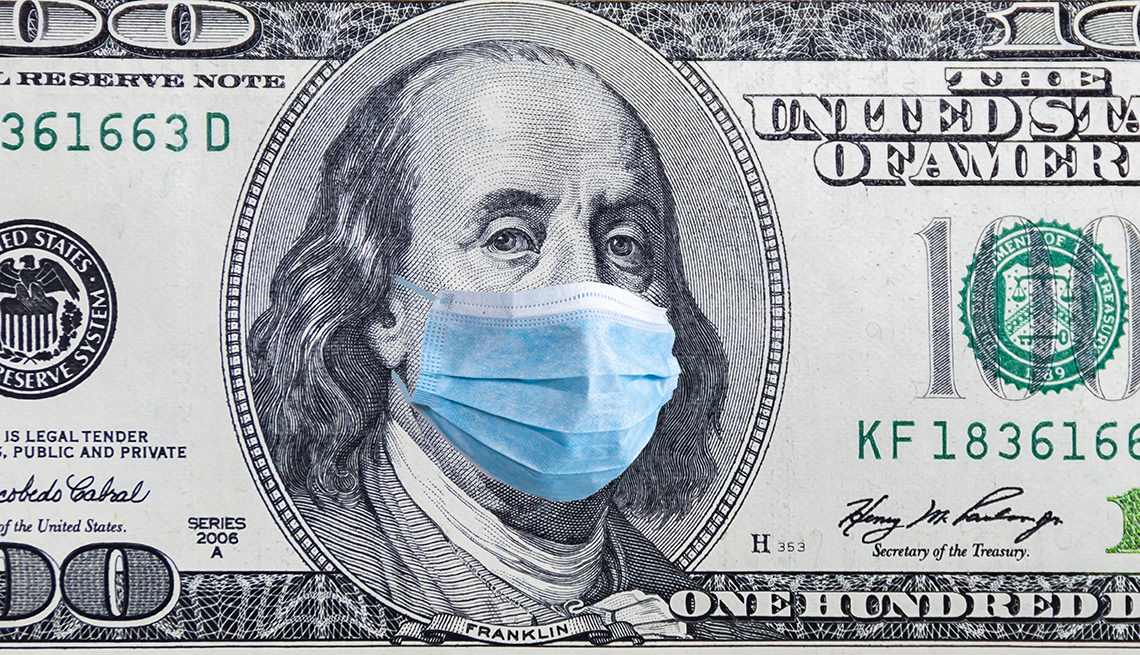 As for the Jane Austen £10 banknote, look out for these signs:

The new £20 banknotes feature painter JMW Turner and have these security details:

In an ideal world, you should check every note you’re given as soon as you receive it. If it’s clearly a fake or you have concerns, don’t accept it. Either ask for a different note or for your money back.

How To Tell If Money Is Real Or Not

Of course, this isn’t very practical when we’re rushing from shop to shop and it's likely to be difficult to find the time to examine each note in detail, especially with fellow customers tutting behind you!

However, if, when you get home you have a look through your wallet and discover a fake note, you should take it to the police as soon as possible.

You will be given a receipt and the banknote will be sent to the Bank of England to be analysed. If it is fake that's the last you'll see of it: only genuine notes will be returned.

If you happen to have information on anyone making, selling or buying counterfeit notes, you can contact Crimestoppers anonymously on 0800 555 111 to stop others losing out.

Have you ever been given a fake banknote? Did you spot it in time? Let us know in the comments section below

Three Simple Ways To Tell When Money Is Counterfeit

How To Tell If Money's Real Name

How To Tell If Money Is Real 100 Dollar Bill

Unclaimed Money From The Government USAGov