Back in the day it was just Dream11 ruling the charts of fantasy cricket in India. Well, they still are after becoming the title sponsor of IPL 2020. But they aren’t the only cricket fantasy website in the race now. 2020 has seen an expected boom in the sector with several big companies tossing their hats in the ring.

But as it happens with all booming sectors, how many of these apps are even worth their name? Dream11 has proven its authenticity but are other cricket fantasy apps in India to earn money online even genuine? Could there be scams too? Well, before you put in your hard earned money, read this post. We have got you sorted with this well-researched list compiled just for you which includes only genuine cricket fantasy apps where you can actually earn money!

Fantasy cricket is one the biggest growth-drivers of online gaming in India. With IPL 2020 starting September 19, here are a bunch of apps to log into. At Top Fantasy Cricket Apps Lists, Fanfight At No.25, FanFight fantasy cricket app helps you earn real cash playing fantasy cricket in a very easy and cheap way. Get instantly Rs100 bonus on signing up+ Rs 100 on making your friend use your referral code.

How could the top spot be acquired by anybody else other than the title sponsor of the IPL itself? In one masterstroke Dream11 has scored some valuable brownie points over their nascent competitors. In a way, they are the official cricket fantasy app now. Dream11 is the most genuine fantasy app out there to make some quick money online.

Dream11 is credited for bringing the world of fantasy gaming to India or at least mainstreaming it. launched in 2012, the company managed to gross 1 million users in just 2014 and since then it has only seen the upward curve. The gaming company has seen some big investment over the years, noteworthy amongst them is the Chinese giant, Tencent. It is the same company that handled distribution of PUBG in India until the latter was banned.

Dream11 has seen its fair share of controversies. But that happens in India to every booming company, right? In a landmark judgement, Supreme Court granted legality to the company’s operations in India. The SC observed the app involves a great amount of skill and knowledge. After this judgement, one thing that you can sure of is that Dream11 is here to stay. Nobody is challenging the apex court, at least not in their sane head.

The best part about dream11 or for that matter any other cricket fantasy app listed here is that you don’t really need a guidebook to get started. The gameplay is fairly easy and takes just a few minutes to get a hang of. However, you do need some good understanding of cricket if you want to make some bucks out of it. But again, who doesn’t understand cricket in India? We all are pundits here! Dream11 offers free practice games where you can hone your skills by trial and error.

One game at dream11 doesn’t cost a lot of money. It hovers around 35 rupees. We in fact, tried a couple of game on it and hurray! We managed to not lose our little investment! We made profits in just the second game. And we weren’t even really focusing. So the least we can promise is, the chances of winning at Dream11 are quite realistic. We even contacted a few veterans of the fantasy game from the neighbourhood and got some positive stories. However, just keep your calm and don’t go ballistic from your first we game itself, just like the brand ambassador –MS Dhoni.

With 15 million downloads and Virendra Sehwag as the brand ambassador, it had to be Myteam11 hitting the ball out of the park! We are mentioning these high profile brand ambassadors because with big name comes big authenticity. You would never see players like Dhoni and Sehwag promoting a fraudulent app or company –in our cricketers, we trust.

There are 100 plus contests on this app every day with a reward sum of over 5 crores up for grabs. The gameplay is not much different from dream11. So if you have a hang of one, the other should be a cake walk too.

The app came up in the contest in 2016 and has made quite an impact since then. It became official partner of Karnataka Premier League for consecutive years and was also associated with a few international Indian cricket team games.

Vinit Godara and Sanjit Sihag are the co-founders of this wonderful cricket fantasy app which helps you earn money online with your cricket knowledge.

If you have been following the IPL, you just wouldn’t have missed the gamezy ads. KL Rahul in his trademark macho man style explains how gamezy fantasy gaming app is better than others.

One notable difference or uniqueness we found in Gamezy is that it allows users to participate even after the game has started with these mini contests which last for only a few overs. And doing that, it allows you more chances at winning in a single game than any other fantasy app.

Gamezy is a relatively new entrant in the arena. However, they are really pumping in the money and pushing their brand. By all likelihood, it looks like a horse of the long haul. They proudly claim they are the fantasy app of the new era. Trust us, the tag line sounds better in Hindi.

Again, the interface is pretty similar to other apps and is not difficult to get a hang off. With KL Rahul as brand ambassador, looks like Gamezy can be trust with all that they promise. It’s another notable addition to our list of authentic and genuine cricket fantasy apps to earn money online.

Where there is Dada, you must have no fear! Yeah, you guessed it right. The BCCI president, Sourav Ganguly is the brand ambassador. It doesn’t get more trustworthy than that! My11circle comes from the makers of RummyCircle, another very popular online gaming app. It offers you games pertaining to cricket and football.

The app boast of a user base of more than 5 million people and that’s a lot considering how late they have made their debut in the field. They claim they have already given away prizes, ‘hold your breath’ worth 100 crore rupees! You can surely get your share in all that money being tossed around.

My11circle is running a special kind of promotion currently which allows new users to participate free of charge and yet qualify to win some cash. Isn’t that good? Of course it is. Why wouldn’t you give a shot in something like that? Now Howzat had a tough competition from another app Fanfight to make it to our prestigious top 5, however, Howzat cricket fantasy app earned a clear edge with its star studded coterie, giving it a lot of authenticity and trust value. Howzat is promoted by Irfan Pathan, Kumar Sangakkara and Kieron Pollard. That’s some heavy hitting right in there!

The Howzat ads are literally bombarding the commercial space these days. Their popular tag line goes ‘beat the legends and win big’. We wonder how does that happen but we are up for it until and unless it’s an arm wrestling match with Pollard. Everything else is easy.

Howzat has a user base of approximately 7 million and add to that 1.5 million facebook fans! They are really grabbing some eyeballs out there. Howzat works on the same old principle –it lets you create a team than can potentially win you big. No rocket science there.

When there is the great master blaster involved, is there much to say about the authenticity of the app? Paytm any day is a trust brand which handles scores of online transaction every day and with Sachin Tendulkar as the brand ambassdor of its cricket fantasy venture, Paytm has surely hit the ball out of the park.

At the moment Paytm First Games cricket fantasy app is giving INR 50 for signing up and we believe that's a good deal. The app is handcrafted by Paytm and hence is obviously totally genuine, legal and safe. 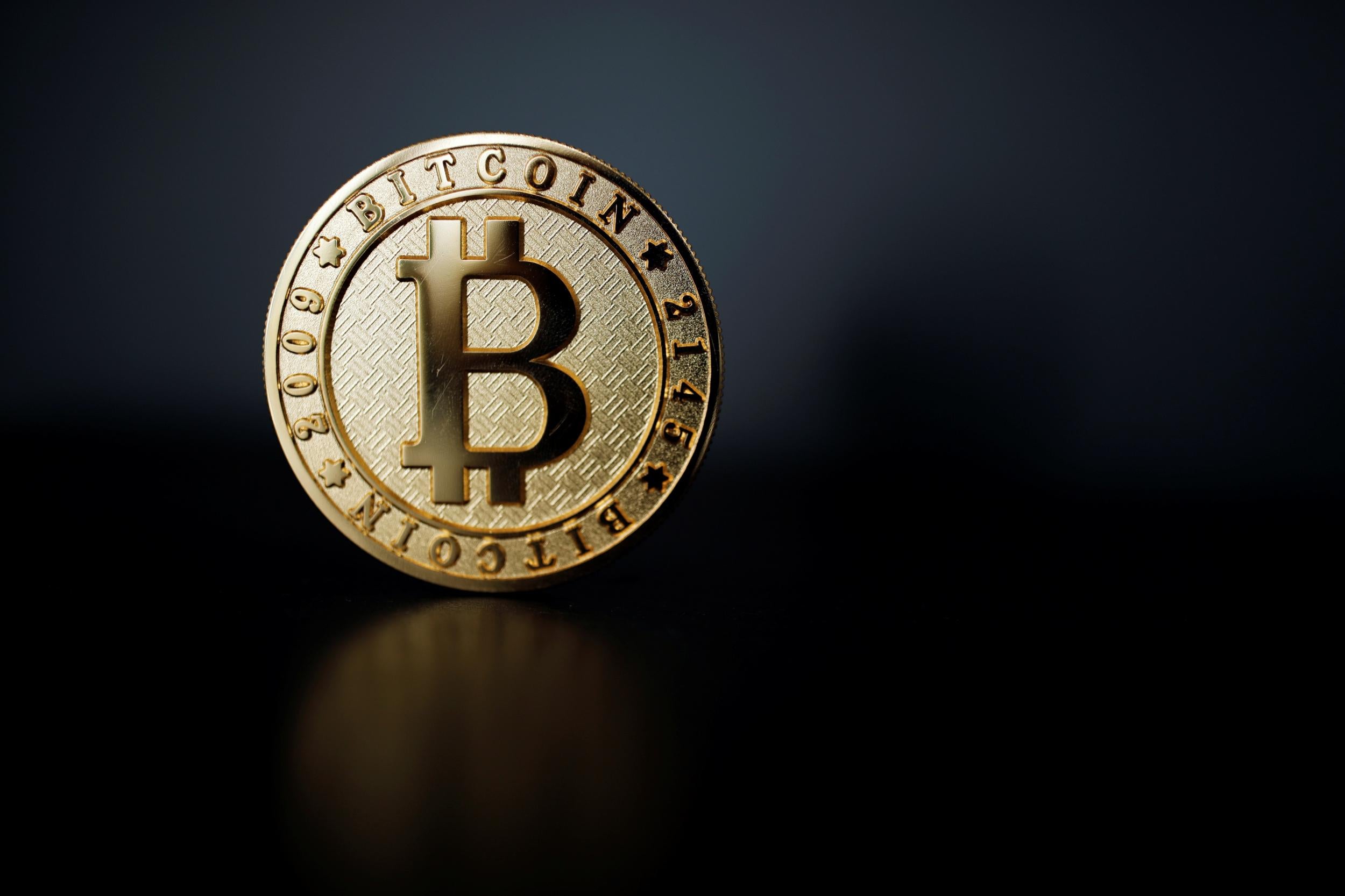 One great thing about this cricket fantasy app to earn money online in India is that it offers its users to withdraw the winnings instantly through paytm, UPI or bank transfer which is something even the oldest players in the business have failed to offer. A lot of cricketing apps rather come with threshold limit which you need to reach to withdraw your earned money and we find that stupid.

MPL was giving away prizes even before cricket fantasy was a real deal in India. They had several online games which you could ace to win big using just your smartphone and some skills. It was only obvious the online gaming giant would jump into the fantasy cricket bandwagon.

With Virat Kohli, the Indian captain roped in as a brand icon, MPL made a sensational entry into the ever-expanding fantasy gaming market of India.

MPL is also offering instant withdrawals through paytm, UPI, amazon pay or bank transfer. With over 40 million users and a 24x7 helpline MPL has really jumped the line in providing a safe and genuine option to cricket fantasy fans.

You may also play games like chess, fruit chop or pool to earn money online on MPL app.

Real 11 fantasy cricket app is a relatively newer entrant in the arena of fantasy gaming but so far they have played all their cards right. The brand icon for Real 11 is former Indian batsmen and cricket expert Akash Chopra.

Reall 11 boasts of lowest entry fee amongst all cricket fantasy apps in India. It has garnered over 15 lakh downloads and offers over 100 contests daily for its users. The winnings however are slightly on the lower side at INR 50 lakhs daily but considering the low entry fee it seems fine. Just like one of the posh clubs in Delhi which charges little to entry fee but is slightly less luxurious from inside. But that doesn't stop people from going there though.

The app offers instant withdrawal post one time verification. It also lets you refer and earn which is of course an added bonus.

Now 11 wickets has made a move that has surprised everyone in the circuit. They have appointed a real pitch hitter in Sunny Leone. The charisma of the star actress has definitely got them eyeballs.

11wickets offers a free league in every match and that makes this app a little special. It also offers other sports like kabaddi to its users. With pro kabaddi being such a hit in India, 11wickets can really make fast inroads.

It has over 3 million users in India. It has a feature of private leagues too. And the best part it lets you invite friends and make bonus of 500 for each.

Fanfight has been fighting it out amidst the big boys for quite some time now and doing well without a brand ambassador. It let's you play fantasy games in cricket, basketball, football and even baseball!

Fanfight cricket fantasy apps in India has over 6 million users which no doubt is a huge number. The homepage of the website contains several testimonials from fans who have won big in Fanfight.

Fanfight comes with a paytm withdrawal option which is super cool. What money is money if you can't use it?

There are many more apps out there. And several more are being launched every day. But we have acted responsibly and added to our list of top 5 only those cricket fantasy apps to earn money online which appeared genuine to us. We shall update this list as and when a new entrant makes it big and gains our trust. And till then, try your skills at these fantasy apps and don’t fall for fake and fraud cricket fantasy apps.